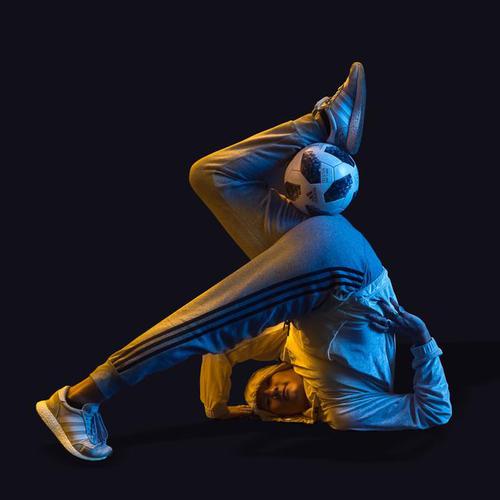 Dania Cabello’s work is a healing informed practice of liberatory, sports-based education. Dania facilitates educational discussions and activities for youth exploring the possibility of sport as a space to challenge oppression. Her work in Oakland Public Schools as the founder of the Futbolistas 4 Life program was recently featured in a documentary by Jun Stinson, The Futbolistas 4 Life - a film about Oakland youth from undocumented families and the healing power of soccer. http://futbolistas4lifefilm.com/ As a current adjunct faculty at St. Mary’s College Dania incorporates critical, liberatory pedagogy as the foundation of her course instruction with graduate student Physical Education teachers working in public schools throughout the Bay Area.

Dania consults with organizations and school districts helping design and implement sports base curriculum to increase critical awareness and empathy. Partners include Oakland Unified School District, UC Berkeley, and Futures Without Violence Her work in sports and the arts has been featured at galleries such as San Francisco’s Yerba Buena Center for the Arts and most recently at SOMArts with an interactive sports exhibit titled Game Recognize Game. Her work explores movement through play across space and time questioning issues of access, visibility, immigration, gender, and joy.

Her written work has been published in Al-Jazeera America - a piece highlighting immigration policies in the US in the context of the players of the USMNT prior to the 2014 World Cup in Brazil. Dania played professional soccer for Santos FC do Brasil (2006) and the Bay Area Breeze (2011). She played four years of NCAA Division I soccer for UC Berkeley where she captained her last two years (2002-2005). She has worked with thousands of youth in sports-based programs throughout northern California as a trainer, public speaker, educational workshop facilitator, and consultant. Dania was a Graduate Opportunities Program fellow in the Department of Education at the University of California at Berkeley, emphasis in the Cultural Studies of Sport and Education. Dania comes from a family of Chilean exiles with strong ties to education and social activism that has significantly shaped her work in youth development and human rights education.