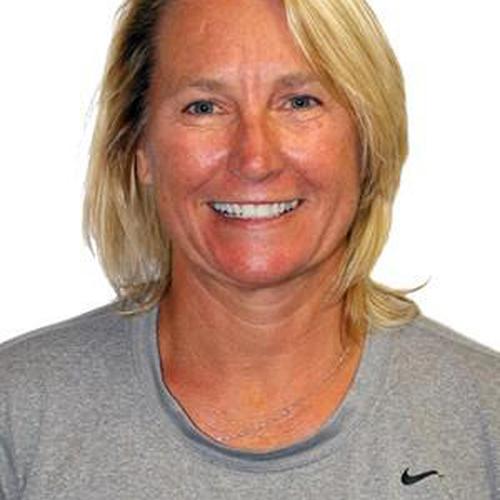 Kim Wyant has completed five seasons as head coach of the New York University men's soccer program and her teams have compiled a 43-40-10 overall record.

In each of the past four seasons, Wyant’s teams have qualified for postseason play. In 2019, the Violets reached the second round of the Eastern College Athletic Conference (ECAC) Championship Tournament, defeating Hood College before falling 1-0 to host Muhlenberg College. NYU finished the campaign with an 8-8-2 overall record and a 3-3-1 mark in the University Athletic Association (UAA). The Violets produced a season-high six-game winning streak, which culminated with a 1-0 UAA victory over Washington University in St. Louis on October 18.

Currently the only female head coach of an NCAA men’s soccer team, Wyant served as an assistant coach of the NYU women’s team for four years before taking over the men’s program.

In all, Wyant has coached 16 players who have received All-UAA accolades since her appointment as head coach. In addition, Engel and Tristan Medios-Simon (2017) were selected First Team All-ECAC, while Nic Notaro earned ECAC All-Tournament Team laurels for his postseason performance in 2017.

That season, Wyant led the squad to a 9-8-3 overall record and to the semifinals of the ECAC Championship, the team’s second-consecutive postseason bid. The Violets also excelled in the classroom as 13 players were named to NYU’s Intercollegiate Athletics Advisory Committee (IAAC) Fall Honor Roll, the ECAC Fall Honor Roll, and were chosen UAA Fall Sports All-Academic. That academic success resulted in the Violets winning the Fall Team Award for the highest GPA among all of NYU’s male fall sports.

The Violets went 9-8-2 in 2016 and also qualified for the ECAC Championship.

Wyant took over the men’s team following the first game of the 2015 season, and the Violets completed the campaign with a 6-12 record.

Off the pitch, Wyant’s squads have received accolades, as well. In 2015, the entire team was given the Sportsmanship Award from the New York Metro Intercollegiate Soccer Officials Association (NYMISOA).

Prior to NYU, Wyant also accumulated significant coaching experience at the collegiate level. She served as the women’s head coach at Florida Atlantic University (1994-97) and Dowling College (2003-04), and as an assistant coach at Stony Brook University (2000) and Dowling (2005). Wyant also served as head coach of the New York Athletic Club women's soccer team which won the U.S. Amateur Soccer Association National Open Cup in 2014.

Also a member of the Region I U.S. National Team's goalkeeping staff, Wyant served as a FIFA staff coach and as head coach for the Long Island Girls' Select Program. She played for the U.S. National Team in the squad’s inaugural game in Italy in 1985. In all, Wyant played 16 games as the U.S. goalkeeper, recording the team’s first-ever win and shutout.

In 2008, Wyant received the Special Recognition Award from the National Soccer Hall of Fame for her contributions to the National Team.

Wyant also played for the Long Island Lady Riders of the W-League for nine years, helping lead the squads to two W-League Championships. She won W-League Goalkeeper of the Year honors in four consecutive seasons, was honored as its Most Valuable Player of the 1997 Championship Series, and was a two-time All-Star.

Following retirement, Wyant was named General Manager of the Lady Riders, and her teams twice received W-League Organization of the Year honors. In 2002, she served as the Lady Riders' Interim Head Coach, leading them to the playoffs and an 11-1-1 overall record.

A 1989 graduate of the University of Central Florida with a Bachelor of Arts degree in psychology, Wyant had a stellar four-year career with the Knights. As a freshman, she earned UCF Rookie of the Year honors, started in the first-ever NCAA Women's National Championship Game, and was named Tournament MVP. As a senior, she was chosen First Team All-American.

A USSF, and NSCAA licensed coach, Wyant also currently serves as a Director on the Boards of The Long Island Soccer Players Hall of Fame and The Met Oval Foundation.