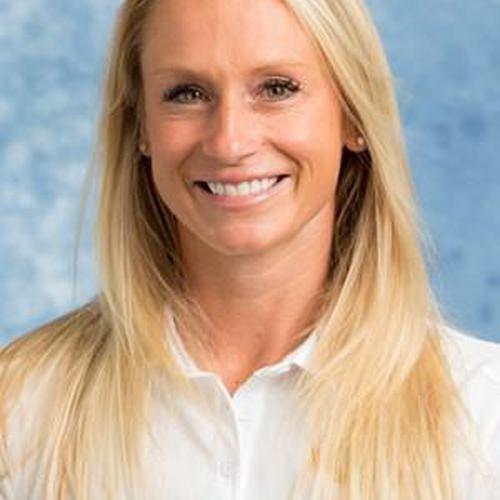 Bringing it all together: Looking at the future for women & girls in soccer

Tracy Hamm, the head coach of San Francisco State women's soccer program from 2015-19, was named UC Davis' new head coach on May 6, 2019, as announced by Director of Athletics Kevin Blue.

"Coach Hamm is a rising star in women's soccer with a strong foundation of experience as a successful head coach," Blue said. "She will lead our program with extraordinary energy, passion and is a dynamic role model for our women's soccer student-athletes."

"I am excited and humbled for the opportunity to coach at this amazing university," Hamm said. "As a Bay Area native, I have always respected and admired the high standard for academics within the athletic department. I know what the women's soccer program is capable of achieving and it is such an honor to be part of its journey and success."

Hamm is one of only two American women to hold the prestigious United European Football Association "A" Coaching License, and her journey is the subject of "Coach," — a documentary that premiered in New York in the spring of 2019.

The UEFA "A" License is a coaching license mandated by UEFA, the official governing body of European football. The license is one level below the UEFA Pro License and allows holders to become head coaches of European youth teams up to age 18, reserve teams (also known as 'B' teams) for top-flight clubs, and men's professional second-tier clubs.

Nearly 50,000 coaches currently possess the UEFA "A" License, but only one percent of those are women.

A young UC Davis roster shined in the first nationally-broadcasted game of the Hamm era when the Aggies defeated defending Big West regular season and Tournament champions Long Beach State on its home field. That result was Hamm's inaugural Big West victory and the program's first win against the 49ers on their home turf since September 11, 1984.

When her first season at the helm of women's soccer concluded, Janae Gonzalez, Janessa Staab and Leslie Fregoso earned the first All-Big West Conference awards of their respective careers.

Named head coach of San Francisco State's program in January of 2015, Hamm arrived on campus and immediately set out to turn around a program that had posted a winning overall record only twice in the previous 11 years. That mission was accomplished because she guided the Golden Gators to four consecutive winning campaigns, including back-to-back 10-win seasons in 2017 (10-5-3) and 2018 (10-6-3).

Sporting an overall record of 36-25-12 in her four years at the helm, including winning records in the always difficult California Collegiate Athletic Association in each of her last two seasons, Hamm led San Francisco State to a berth in the 2018 CCAA tournament for the first time since 2010, advancing on penalty kicks over Cal State San Marcos in the first round before facing No. 10 UC San Diego in the semifinals.

Her first two seasons saw the Golden Gators post back-to-back winning records for the first time since 2002 with identical 8-7-3 marks in 2015 and 2016. She improved on those finishes with her first 10-win season in 2017 — the most since the 2010 squad finished 11-5-5 overall and advanced to the NCAA Division II Tournament.

Impacting the program on the field and in the classroom, she helped student-athletes earn 48 CCAA All-Academic Team awards, 14 All-CCAA women's soccer honors — including a trio of first-team selections, two United Soccer Coaches all-region selections, and SFSU's first-ever CCAA Goalkeeper of the Year selection.

In addition to her duties at San Francisco State, Hamm was the head varsity girls coach at St. Ignatius High School in San Francisco, leading the Wildcats to the 2019 West Catholic Athletic League title, a berth in the CIF Central Coast Section championship game and a spot in the CIF Northern California Regionals.

Prior to her arrival in San Francisco, the Moraga, Calif., native was the head coach at Santa Rosa Junior College from 2012-14, leading the Bear Cubs to an impressive 42-15-7 overall record, a 2012 Big 8 Conference title, and consecutive berths in the second round of the California Community College Athletic Association playoffs.

Hamm was named Big 8 Conference Coach of the Year after leading the Bear Cubs to a 15-3-3 overall record and a league title, and followed that campaign with a 14-win season in 2013. That year, 11 of her student-athletes earned scholarships to four-year universities.

She also served as an assistant coach at her alma mater, California, for the 2009 season, and possesses extensive club experience as the National Premier League Director and coach for the Livermore Fusion Soccer Club since 2015. From 2003-10., Hamm was the technical director for the Heritage Soccer Club in Pleasant Hill, Calif.

A four-year letterwinner for the Golden Bears from 2002-06, Hamm was a three-time Pac-10 All-Academic Team selection (2003-05) and two-year team captain (2004-05), starting every match on the back line throughout her final two seasons. Throughout her time in Berkeley, she played a key role in helping Cal earn three NCAA Tournament berths (2002, 2004-05).

Hamm led the team with nine goals and was named Cal's Freshman of the Year before earning United Soccer Coaches All-West Region honors two years later as part of a record-setting defense in 2005. That year, the Golden Bears set the school mark for team goals against average (ranking seventh in the NCAA at 0.48), while tying the record for fewest goals allowed (11) and shutouts (14) in a season.

Following her collegiate career, she played professionally in the Women's Professional Soccer for FC Gold Pride after being selected in the fourth round of the 2008 WPS General Draft. She also represented the Atlanta Beat in 2009.

Hamm graduated with a bachelor's degree in mass communications from California in 2006, and holds two master's degrees: an Ed.M. in counseling specializing in sport psychology from Boston University (2011) and a master's in coaching and athletic administration from Concordia University (2014).

She earned her UEFA "B" License from the Welsh FA in 2016, United States Soccer Federation (USSF) "B" Coaching License in 2017, and United Soccer Coaches (formerly the National Soccer Coaches Association of America) National Diploma in 2009.